Things have gone pretty strong, so in the interest of moving things along let's open it up a bit. If you'd like a second team it's it's not yet taken, leave a comment and claim it!

Here's what we have so far:


Cards with multiple players/swatches/autos will be randomed off to those teams in the order they are pulled. We gotta spread it around, so once you get one multi-card in a break you have to sit out other randomizations in that break.
We'll start off with a bang and do 7 boxes of UD Icons from Atlanta Sportcards. That's a product with a TON of autos, so hopefully we'll pull something good. 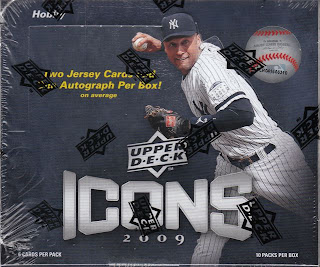 Drop a comment to say you're in a and which team you'd like!
Posted by Carl Crawford Cards at 11:04 AM