Last year, before I even had a blog, the proprietor of Punk Rock Paint was kind enough to let me in on his FBB League. He was also kind enough to outfit my team with some great duds, and if I was more proficient with the software I'd be in to alternate unis and mockups of the home stadium by now. As it is, these are the official Chingones unis for the 2010 season:

Home whites with pinstripes, classic and classy. Large "C"in a fancy font over the heart surrounding the name.

Road grays, we're not giving up the pinstripe motif home or away. Simpler "C," because fancy lettering is only for the home crowd. 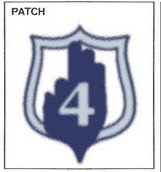 And then the patch worn on the left sleeve. It's a long story, but it involves a student dropping me a furious email re: a much deserved bad grade which I happened to read before going into the kitchen to chop vegetables. The patch is an exaggeration of the consequences, but let's just say that the index finger on my left hand is considerably "less fat" than the one on my right. As a result, I no longer check work email from home. EVER.

Last year in the league I finished a respectable 4th in the playoffs (from a marginal 101-101-8 record) but this year I'm looking to medal or trophy or whatever. Even if the Chingones aren't quite up to the challenge, it's assured they'll kick the ever loving crap out of Dave's team over at Tribe Cards. In the real world Dave and I get along and I know he's a great guy, but in FBB world there's a long standing history or rivalry and animosity between our two teams. It's bigger then Yankis-Sox or UNC-Dook. Seriously.

Thanks for setting this up again Travis! Looking Forward to it.