But is that a complement? 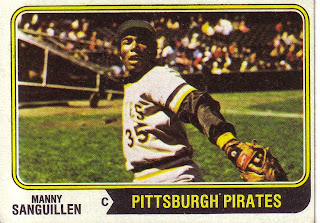 For some reason I find the shot of the field and stands with Manny in a close-up really striking. Even more so because Manny is a catcher and, unless I'm totally mistaken, he's out tooling around with someone else's glove on a day off.
But the real greatness on this card is the back: 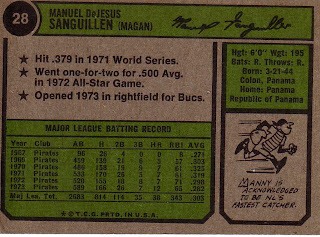 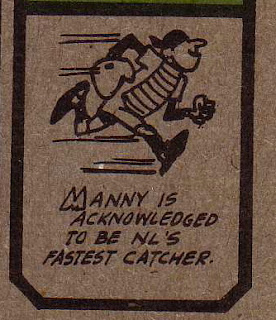 The fastest catcher in the NL?!? That's great but let's face it, I'm not sure the title of "fastest catcher" has much meaning. That's like "least noodle-armed OF." At any rate, it's a great almost-complement made even better by the catcher running fully geared up towards...who knows? And as we know from the front of the card, Manny's not even a big fan of gear.
Have a good one everybody and goodnight Pumpsie Green, wherever you are!
Posted by Carl Crawford Cards at 8:00 AM