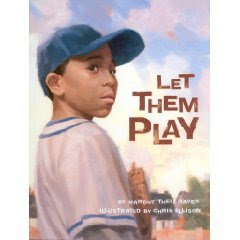 We didn't play Little League in SC when I was a kid, we played in a Dixie Youth Baseball league. When Little League World Series time came around, I always wondered why we weren't in Little League but never knew.
DYB was established in 1955, coincidentally the year that the Cannon Street All-Stars, a group of African American boys from Charleston, SC, went all the way to the Little League World Series because no white teams would play them. Even at the WS they were denied the right to play, on a technicality, because they had won their region by default. So, eight years after Jackie Robinson and Larry Doby integrated Major League baseball, baseball among boys and girls had a ways to go.
I got the chance to meet three of the players from the Cannon Street All-Stars, Vermont "Pop" Brown, Carl Johnson, and Vernon Gray, and the historian researching the team, Augustus Holt, the night the Riverdogs were handing out the Doby jerseys. I spoke a long time with Vermont and his wife, (I believe her name is Wanda, I apologize if I am wrong) about the team and baseball in general. I also bought a copy of the children's book Let Them Play, which tells the All-Stars' story. The book is great, and I can't say enough about it, so I won't try. If your children love baseball, they will love this book! It's also in the works to make a movie about their story.
Posted by Carl Crawford Cards at 9:15 AM