I been in the weeds, people. Beginning of the semester is full of more drama than your average Law and Order episode, and I've been running around putting out fires left and right. Or, to avoid over mixing metaphors, I've been busily preoccupied with helping New York's finest sort through their dead.

At any rate, I've made some trades, received some great packages, been Bipped, Bipped some others in turn, and in general have been keeping my head about water. Er, above the rising tides of dead.

First post back will be about the awesome Bipping I received, later tonight/tomorrow morning, depending on a) if the ice storm doesn't knock out the power and b) the borboun holds out. 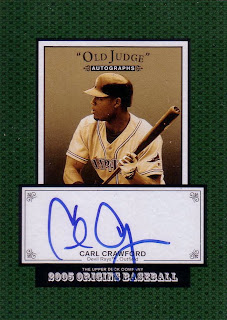